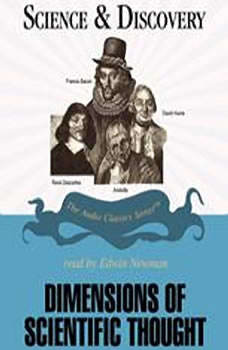 Science is a way of knowing thats characterized by the rules of logic and the methods of experiment. But the conflict between logic and experiment has created a longstanding tension in scientific understanding. The classical period and the Middle Ages favored rationalism; most thinkers began with general, selfevident truths, using deductive reasoning to draw more specific logical conclusions. Empiricism begins with experimental or sensory experience; a bottomup process of inductive reasoning produces more general hypotheses and theories. David Hume emphasized the role of perception in knowing things, but he argued that past experience cannot justify firm conclusions about the future. Immanuel Kant emphasized the role of the mind in all observation, showing that everything we see is theory laden; Auguste Comte and the positivists insisted that what is real is observable. Karl Popper emphasized the role of refutation in weeding out bad scientific theories, and Thomas Kuhn suggested that scientific progress occurs in a succession of explanatory paradigms. Kuhn, Feyerabend, and others have shown the difficulties of distinguishing between experiment and theory, or fact and interpretation. Science has shown that absolute truth is elusive. Yet when science is judged by its usefulness, it is one of the most spectacular achievements of human kind. Science is a neverending cycle of questions and answersa perpetual process of discovery.