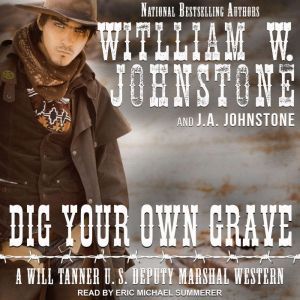 Dig Your Own Grave

U.S. Marshal Will Tanner is one hell of a manhunter. But this time, he's chasing six men across three states with one gun and no backup. This isn't justice. This is a suicide mission . . . It starts with a prison break in Missouri. When notorious bank robber Ansel McCoy busts out, he teams up with five other outlaws. Then he and his gang rob a bank in Kansas. Now they're crossing state lines into Oklahoma Indian Territory. And that's where U.S. Marshal Will Tanner steps in. Other marshals from Kansas and Missouri have already lost the trail. Which means Tanner has to go it alone. Deep in the wilderness. Outnumbered and outgunned. One good man against six blood-crazed killers. Even if he manages to survive the elements and find McCoy's hideout, it's not just the end of his search. It's his funeral . . . 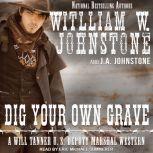 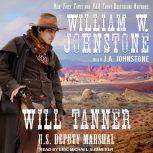 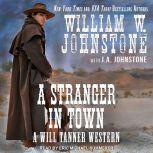 Dig Your Own Grave
Will Tanner #5

A Stranger in Town
Will Tanner #2