Devolution: A Firsthand Account of the Rainier Sasquatch Massacre

The #1 bestselling author of World War Z returns with a horror tale that blurs the lines between human and beast, and asks, What are we capable of when we’re cut off from society?

“I wish we could elevate the national dialogue on public safety to a level of tone and focus that Max Brooks has demonstrated for all of us.”—Tom Ridge, former governor of Pennsylvania and first secretary of the U.S. Department of Homeland Security

Set in the wilds of Washington State, Greenloop was once a model eco-community—until nature’s wrath made it a tragic object lesson in civilization’s fragility.

Offering a glorious back-to-nature experience with all the comforts of high-speed Internet, solar smart houses, and the assurance of being mere hours from Seattle by highway, Greenloop was indeed a paradise—until Mount Rainier erupted, leaving its residents truly cut off from the world, and utterly unprepared for the consequences. With no weapons and their food supplies dwindling, Greenloop’s residents slowly realized that they were in a fight for survival. And as the ash swirled and finally settled, they found themselves facing a specter none of them could have predicted—or even thought possible. . . .

In these pages, Max Brooks brings to light the journals of resident Kate Holland, recovered from the town’s bloody wreckage, faithfully reproducing her words alongside his own investigations into the massacre that followed and the legendary beasts behind it. If what Kate saw in those days is real, then we must accept the impossible. We must accept that the creature known as Bigfoot walks among us—and that it is a beast of terrible strength and ferocity.

Part survival narrative, part bloody horror tale, part scientific journey into the boundaries between truth and fiction, this is a Bigfoot story as only Max Brooks could chronicle it—and like none you’ve ever read before. 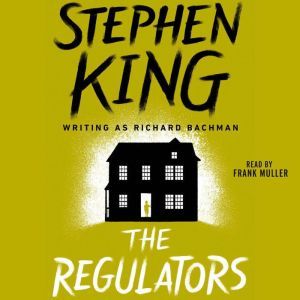