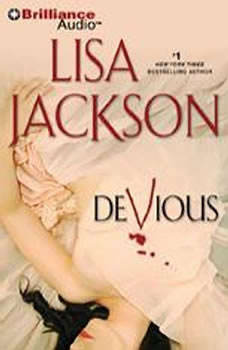 The crime scene at St. Marguerite’s cathedral in New Orleans is shocking, even to seasoned detectives like Rick Bentz and Reuben Montoya. A novice nun named Sister Camille has been found dressed in a yellowed bridal gown and viciously garroted, her body covered with an altar cloth.Valerie Houston is devastated by her sister’s death. For weeks, she’d begged Camille to leave St. Marguerite’s, where she seemed determined to live as some kind of martyr. But Camille had a knack for making bad choices—she joined the convent in part because she’d fallen for Val’s soon-to-be ex-husband, Slade.Convinced the police aren’t doing enough, Val begins to investigate. Slade, on a mission to repair their marriage, is determined to help her. But the deeper Val’s inquiries go, the more twisted the case becomes. St. Marguerite’s is far from the tranquil retreat many believe, and everyone, from handsome Father Frank O’Toole to the mysterious Mother Superior, has their own agenda. Despite their closeness, even Camille had a hidden life Val never suspected. But someone knew about Camille’s past—and Val’s, too. Now she has no choice but to catch a devious, depraved killer intent on purging St. Marguerite’s of all its sins—before she becomes the next victim.…

Lisa Jackson is one of my favorite suspense writers and I enjoy nearly all her books. DEVIOUS was no exception and in fact her New Orleans series is one of her best. There is always something totally off in a Nawllins setting! The atmosphere is almost always a little creepy and quite Gothic which I love! DEVIOUS was all those things and a good story too. I am not that crazy about novels with a plot that is based on any kind of religion but Jackson actually made it work and not sound preachy or too far out there. It totally made sense to me that this order with its emphasis on being an old fashioned, traditional parish because that has always had an air of mystery about it, more so than the modern nuns who dress in contemporary attire. The order was right out of the 19th century with a few accommodations to contemporary life with cell phones and computers. It wasnt enough to detract from the authenticity of the story of an old order that was dark and rotting at the core. The connection with the orphanage was also a Gothic touch. The only thing that I didnt like was the emphasis on Valeries and Slades relationship. Slade? Anyone know any guy named *Slade* ? was my first thought! I think it dragged the story down and a book over 500 pages of gripping suspense , one wants to get to the whodunit and whyunit? as quickly as possible, it was a little frustrating to have them going at each other and i was mentally telling them OK OK break it up! : Still on the whole it was a great book and if you are looking for something good to read on a chilly October night DEVIOUS is a good choice. Check out the other books in the New Orleans series too. They are just as good!