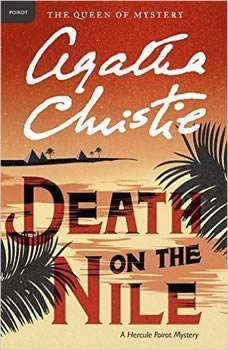 Death on the Nile: A Hercule Poirot Mystery

Beloved detective Hercule Poirot embarks on a journey to Egypt in one of Agatha Christie’s most famous mysteries, Death on the Nile.The tranquility of a cruise along the Nile was shattered by the discovery that Linnet Ridgeway had been shot through the head. She was young, stylish, and beautiful. A girl who had everything . . . until she lost her life.Hercule Poirot recalled an earlier outburst by a fellow passenger: "I'd like to put my dear little pistol against her head and just press the trigger." Yet in this exotic setting nothing is ever quite what it seems.