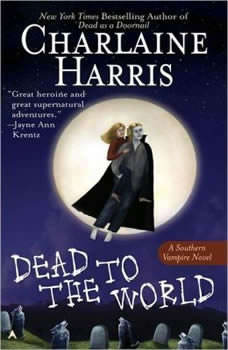 Dead to the World

New York Times best-selling author Charlaine Harris thrills listeners with the fourth book of her spectacular Sookie Stackhouse series. Driving home from work, barmaid and telepath Sookie Stackhouse discovers vampire and area sheriff Eric on the side of the road missing his shirt, his shoes and his memories. Featuring vampires, werewolves and magic galore, Dead to the World will satisfy any listener’s craving for the supernatural.

So far this is my favorite book but then again, I've always been an Eric fan. : There are a lot of surprises and sweet moments. A must read.