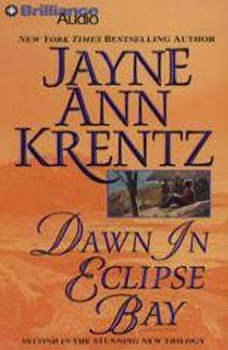 Nothing was ever simple between a Madison and a Harte. The feud that had divided their families still simmered. Now, only months after their siblings’ wedding, Lillian Harte and Gabe Madison are at each other’s throats. Successful CEO Gabe had insisted on becoming a client of Lillian’s matchmaking service. And after five disastrous dates, Lillian is at her wit’s end. If she hadn’t already decided to close her business and move home to Eclipse Bay, Gabe would have been the final straw. But when she finds Gabe at her door demanding she fulfill their business contract, the sparks between them suddenly turn personal. Once again, Eclipse Bay will witness a showdown – between a relentless Madison and an irresistible Harte…