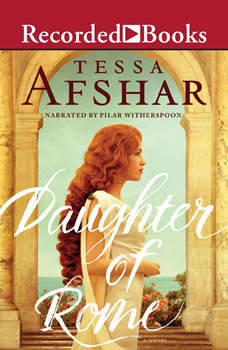 A woman with a devastating secret. A man bent on proving his worth. A chance encounter that catapults them into the heart of history. When the daughter of a prominent Roman general meets a disinherited Jewish immigrant, neither one can dream of God's plan to transform them into the most influential couple of the early church. Nor can they anticipate the mountains that will threaten to bury them. Their courtship unwittingly shadowed by murder and betrayal, Priscilla and Aquila slowly work to build a community of believers, while their lives grow increasingly complicated thanks to a shaggy dog, a mysterious runaway, and a ruthless foe desperate for love. But when they're banished from their home by a capricious emperor, they must join forces with an unusual rabbi named Paul and fight to turn treachery into redemption. With impeccable research and vivid detail, Daughter of Rome is both an emotive love story and an immersive journey through first-century Rome and Corinth, reminding readers once again why Debbie Macomber has said that "no one brings the Bible to life like Tessa Afshar."