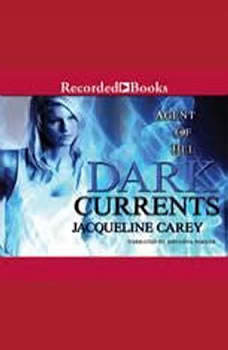 Jacqueline Carey is the New York Times best-selling author of the award-winning Kushiel's Legacy series. Dark Currents introduces Daisy Johanssen, a hell-spawn living in a Mid-west resort town that also boasts fairies, vampires, and a Norse goddess. As police department liaison for the paranormal, Daisy takes notice when a drowning victim shows signs of eldritch involvement. Paired with officer- and werewolf- Cody Fairfax, she must solve the case before tourist season is ruined.

My name is Kvothe.I have stolen princesses back from sleeping barrow kings. I burned down the town of Trebon. I have spent the night with Felurian and left with both my sanity and my life. I was expelled from the University at a younger age than mos...