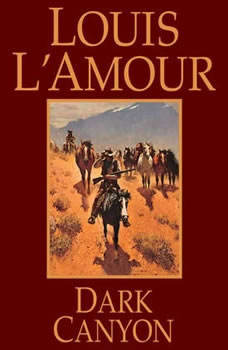 When Gaylord Riley walked away from the Coburn gang, he had money and a dream. He worked hard and built a cabin, gathered a herd of cattle, and fell in love with Marie Shattuck.

But when he is confronted with false accusations of rustling and murder, Riley is forced to defend his new law-abiding way of life. Outnumbered and facing a lynching party, Riley is surprised when his old friends return to lend him a hand. But how can they help him and keep themselves out of jail? With the local marshal already suspicious of Riley, the Coburn gang will have to plan well and move fast. But that shouldn’t be a problem. Their reputation was built by doing just that.

Tap Duvarney lost his innocence in the War Between the States and then put his skills to the test as a soldier in the frontier army. Now he has settled on the Texas coast, working a ranch as the partner of his old friend Tom Kittery–and find...

Blue-Eyed Devil
by Robert B. Parker

Law enforcement in Appaloosa had once been Virgil Cole and me. Now there was a chief of police and twelve policemen. Our third day back in town, the chief invited us to the office for a talk. The new chief is Amos Callico, a tall, fat man in a ...

The Lonesome Gods
by Louis L'Amour

“I am Johannes Verne, and I am not afraid.” This was the boy’s mantra as he plodded through the desert alone, left to die by his vengeful grandfather. Johannes Verne was soon to be rescued by outlaws, but no one could save him...