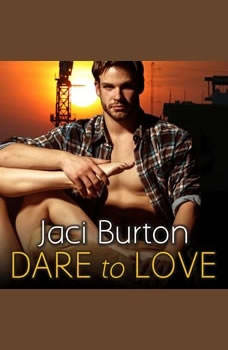 Lucy Fairchild is a confident, successful lawyer and heiress to the Fairchild fortune. Her father thinks he can choose who she'll marry, which Lucy finds ridiculous. She might be thirty and still single, but she's perfectly capable of finding her own man. Jake Dalton owns a construction company and has built his life from nothing to something he can be proud of. His father might have once thought him a failure, but Jake has worked his entire life to banish those demons from his past. And he'll never let anyone make him feel less than capable ever again. When Lucy and Jake have a run in on his construction site, sparks fly. Lucy's had a bad day and Jake just finds her amusing, but for some reason they're both attracted. Jake throws out a dare for a date. Lucy accepts. Jake might be the perfect fake boyfriend to run interference for her father, a way out of her father's ridiculous notion that she needs a husband. They're both all in on this charade. But what starts out as a dare—a game—suddenly builds into something much deeper for both of them. And what neither of them expected—love—might be the final outcome.Contains mature themes.

This deal is both business and personal Hotelier Tony Austin is promising to make entrepreneur Olivia Anderson's five-year plan happen in just one year. He'll finance her dreams…if she'll agree to an affair. But Olivia wants more than just...