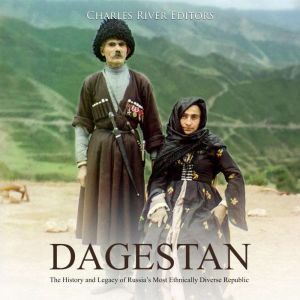 Dagestan: The History and Legacy of Russia’s Most Ethnically Diverse Republic

Wedged in the North Caucasus mountain range and bordering the Caspian Sea, Dagestan is a true meeting point of cultures, religions and geopolitical rivalries. A crossroad between east and west, Dagestan has been vitally important at different times for various powers in Asia, Europe, and the Middle East, and even between different religious and ethnic groups. In spite of all that, and in large measure because of it, Dagestan’s society is a composite of these rivalries over the centuries.

Today, Dagestan is part of the Russian Federation, but its history happens to be both indicative and idiosyncratic of the region’s fascinating and complex development. Dagestan shares many similarities with its smaller neighbor to the west, Chechnya, without receiving as much attention from outside historians and journalists. This is despite the fact Dagestan is home to around three million inhabitants with a range of languages, ethnicities and religions. Islam is the dominant religion at over 80% of the population, with the majority being Sunni Muslims, but the majority ethnic group, the Ayars, only make up about 30% of the population. Dagestan’s capital city is little-known Makhachkala, and the rest of the country contains spectacular mountain ranges of over 12,000 feet in height, as well as lakes and major rivers like the Terek, Sulak and Samur.

This geography has made Dagestan particularly difficult for outsiders to dominate, but the relationships with outside powers nevertheless provided the tensions that runs through the history of Dagestan. Having come into contact with the Persians, Ottomans, Russians, and even Western European states, Dagestan has both been a melting point and at times almost hermetically sealed to intruders for centuries, making it one of the world’s true fault lines in terms of religion, empire, and geography. As a result, Dagestan has never truly been conquered despite its modern position within Russia.