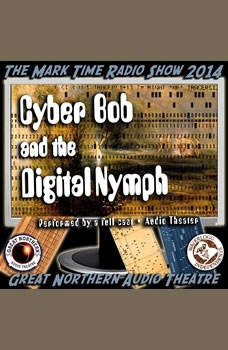 Cyber Bob and the Digital Nymph

A full-cast comedy production from the Great Northern Audio TheatreDavid Ossman of the Firesign Theatre returns one last time to the live, raucous stage to play Cyber Bob, who leaves his position as cart-wrangler at the Mart to lead a digital expedition into the digital glade in search of the beautiful yet elusive Digital Nymph.There's a history between the two, and they aren't playing ... well, they are playing games. And when the Nymph asks if Cyber Bob wants to "take the leap," there's only one answer for the old campaigner.