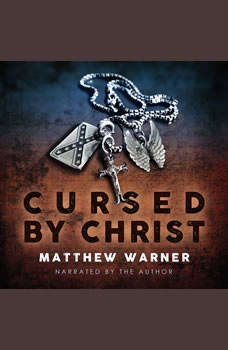 CURSED . . . Living at her family’s rice plantation, Alice Wharton learns some disturbing news from her mother: their bloodline has been cursed. Jesus Christ punishes them for having psychic powers allegedly stolen from a Heavenly angel. He exacts penance in the form of the mother’s adulterous “communion” trysts with their reverend. FORGOTTEN . . . Escaping from the predatory reverend, Alice marries Major Thorne Norwick at his Georgian cotton plantation. She also meets the slave cooks, Jonah and Eliza, who show her how to telepathically eject troubling memories. When Thorne returns from fighting in the War of Northern Aggression, Alice uses this skill to hide from herself the devastating revelation that her husband now seems to serve Christ. After all, he aids a secret society—the Ku Klux Klan—that uses the symbols of her tormentor. JUDGED. Everywhere she looks, the specter of Christ stands in judgment. What’s more, a mysterious presence stalks her, its mind echoing with thoughts that feel all too familiar. When it reaches her, there will be hell to pay.