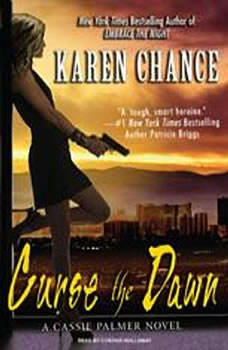 Cassandra Palmer may be the all-powerful Pythia now, but that doesn't mean people have stopped trying to kill her. Most of the supernatural power players don't want independent-minded Cassie as chief clairvoyant—and they'll stop at nothing to see her six feet under. The Vampire Senate does support Cassie in her position, but their protection comes with a price: an alliance with the sexy master vampire Mircea, who has claimed Cassie as his own. But even the vampires will have trouble keeping Cassie alive now that the self-styled god Apollo, the source of the Pythia's power, has it in for her in a big way. To save her life—and the world—Cassie's going to have to face down her creator once and for all.

We're the D'Artigo sisters: sexy, savvy operatives for the Otherworld Intelligence Agency. But being half-human, half-Fae short-circuits our talents at all the wrong times. My sister Delilah is a Were who turns into a golden tabby when she's stresse...

“I wouldn’t miss a Kim Harrison book for anything.”—Charlaine Harris, author of the Sookie Stackhouse novels Black Magic Sanction is the most complex and emotionally charged adventure yet in author Kim Harrison’s ...