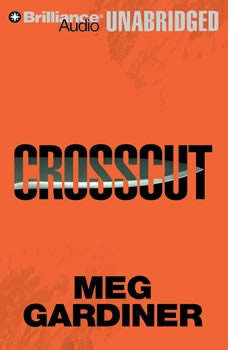 “It makes Silence of the Lambs look like Mary had a little one—it never lets up.” —Adrienne Dines, author of The Jigsaw MakerEvan Delaney knew China Lake was a tough place to grow up. She never knew how tough until she returns to the desert military base for her high school reunion and learns that several of her classmates have died young. Then, on the first night of the reunion, another one dies—this one savagely butchered. And she’s just the first. Someone has an ax to grind. And Evan’s graduating class has something to fear.“One of the best thrills I've read this year. Miss Gardiner has written a cracker.” —Caroline Carver, CWA Dagger-winning author of Blood Junction“A tense and exciting thriller where almost anything seems possible.” —Independent on Sunday

It was a summer morning in 1982 when soldiers ravaged the village of Chupan Ya, raping and killing women and children. Twenty-three victims are said to lie in the well when Dr. Temperance Brennan and the team from the Guatemalan Forensic Anthropolog...

The Sleeping Doll
by Jeffery Deaver

Evan Delaney is shocked to learn that her ex-sister-in-law, Tabitha, has joined the Remnant, a religion with a dangerous and fanatical following. What is more alarming is that the unstable young mother plans to regain custody of her son and disappea...

Temperance Brennan hears the news on her car radio. An Air TransSouth flight has gone down in the mountains of western North Carolina, taking with it eighty-eight passengers and crew. An a forensic anthropologist and a member of the regional DMORT ...

When Dr. Kay Scarpetta, freelancing from South Florida, returns to Richmond, Virginia, at the request of the recently appointed Chief Medical Examiner, who claims that he needs her help to solve a crime, she finds that nothing is as she left...

#1 NEW YORK TIMES BESTSELLER • In the heart of Trenton, N.J., a killer is out to make sure someone gets his just desserts.   Larry Virgil skipped out on his latest court date after he was arrested for hijacking an eighteen-wheeler ful...