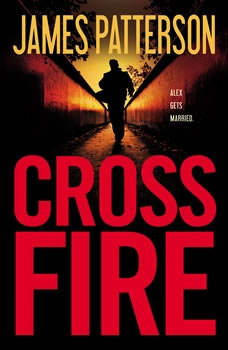 Detective Alex Cross and Bree's wedding plans are put on hold when Alex is called to the scene of the perfectly executed assassination of two of Washington D.C.'s most corrupt: a dirty congressmen and a scheming lobbyist. Next, the elusive marksman begins picking off other crooked politicians, sparking a blaze of theories--is the marksman a hero or a vigilante?The case explodes and FBI agent Max Siegel battles Alex for jurisdiction. As Alex struggles with the sniper, Siegel, and the wedding, he receives a call from his deadliest adversary, Kyle Craig. The Mastermind is in D.C. and will not relent until he has eliminated Cross--and his family--for good. With a supercharged blend of suspense, action, and deception, CROSS FIRE is James Patterson's most exciting Alex Cross novel ever.