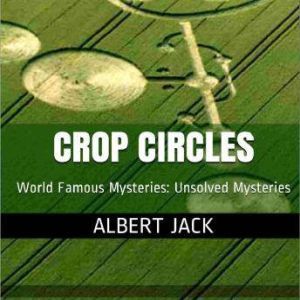 From the best selling author of Red Herrings & White Elephants, Pop Goes the Weasel, Ten Minute Mysteries and many more...

Strange formations in fields of wheat and other crops have been appearing since the 1970s. Are they made by aliens parking their spaceships, or is the explanation rather more down to earth?

Of all the subjects I’ve explored for this series, the one I was most looking forward to finding more about was crop circles. For years I had been hoping there would be an extraordinary paranormal explanation for crop-circle appearances or, better still, that we were being visited by aliens from other worlds.

Then, when it became clear that most of the circles were in fact hoaxes, I relished the thought that I would finally have the chance to dismiss all the crop-circle fanatics I have heard on the radio over the years talking with great passion about the temporary parking of invisible spacecraft in a field, leaving behind an imprint in the flattened wheat when they zoom back into outer space.

The only extra bit of evidence offered for this startling conclusion appearing to be that witnesses claim flocks of birds veer around crop-circle sites as if avoiding or circumnavigating something the rest of us cannot see.

I was looking forward to poking fun at the gaping holes left in the arguments of these so-called experts when expounding their elaborate theories on the six o’clock news.

Indeed, I wish I had phoned in once, just once, and asked that sanctimonious old fellow on the BBC, who appeared to be contradicting himself every five minutes, a couple of simple questions: how, then, do you explain the crop circles that have appeared directly underneath power lines – how could a spaceship have landed there?