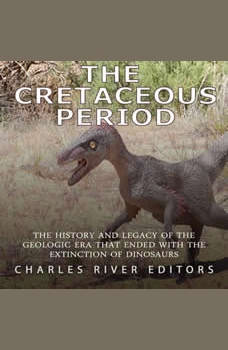 Cretaceous Period, The: The History and Legacy of the Geologic Era that Ended with the Extinction of Dinosaurs

Early societies were aware of fossils, but they had no conception of just how old they were; the ancient Chinese, for example, classified many fossils as the bones of dragons. It wasn’t until 1822 that a new word was coined, “paleontology,” and it was used to describe the emerging science of using the fossil record to understand what the world was like in the far distant past.

Gradually, a better understanding emerged of the different periods through which the Earth had passed and a realization that for hundreds of millions of years, it wasn’t humans but a very different species that ruled the Earth. By the 1840s, paleontologists began to give names to different eras in an attempt to describe this history and to further subdivide eras into periods. Many of those period names are now very familiar, Jurassic and Triassic, for example, but there was an 80-million-year period in which the planet changed completely: the Cretaceous. This period began with dinosaurs as the dominant species on Earth, with mammals restricted to a few small rodents cowering in holes. By its end, the continents had begun to resemble a modern map, the dinosaurs had all but disappeared, and new species arose to dominance.

The Cretaceous Period: The History and Legacy of the Geologic Era that Ended with the Extinction of Dinosaurs looks at the development of the era, the extinction events that preceded it and ended it, and the aftermath.

How Do Dinosaurs Learn to Read?
by Jane Yolen