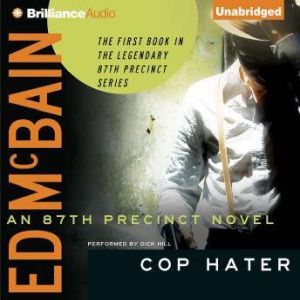 As a cop with the city’s famed 87th Precinct, Steve Carella has seen it all. Or so he thinks. Because nothing can prepare him for the sight that greets him on a sweltering July night: fellow detective Mike Reardon’s dead body splayed across the sidewalk, his face blown away by a .45. Days later, Reardon’s partner is found dead, a .45-caliber bullet buried deep in his chest. Only a fool would call it a coincidence, and Carella’s no fool. He chalks the whole ugly mess up to a grudge killing…until a third murder shoots that theory to hell. Armed with only a single clue, Carella delves deep into the city’s underbelly, launching a grim search for answers that will lead him from a notorious brothel to the lair of a beautiful, dangerous widow. He won’t stop until he finds the truth—or until the next bullet finds him. The debut novel from EdMcBain’s gritty 87th Precinct series, Cop Hater was hailed by the New York Times as “the best of today's procedural school of police stories—lively, inventive, convincing, suspenseful, and wholly satisfactory.” 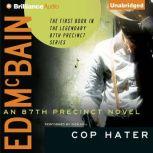 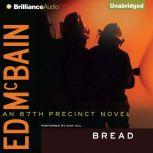 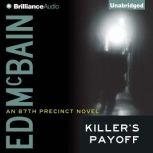