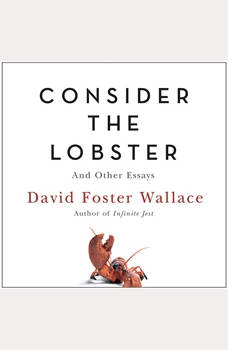 Consider the Lobster: And Other Essays

Do lobsters feel pain? Did Franz Kafka have a funny bone? What is John Updike's deal, anyway? And what happens when adult video starlets meet their fans in person? David Foster Wallace answers these questions and more in essays that are also enthralling narrative adventures. Whether covering the three-ring circus of John McCain's 2000 presidential race, plunging into the wars between dictionary writers, or confronting the World's Largest Lobster Cooker at the annual Maine Lobster Festival, Wallace projects a quality of thought that is uniquely his and a voice as powerful and distinct as any in American letters.