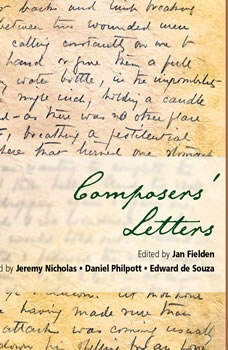 In Composers’ Letters, the voices of the great figures of classical music come alive through their correspondence. Set against the music we know and love, Mozart, Beethoven, Schubert, Wagner, Tchaikovsky and many more talk openly about their music, their hopes and fears, their love, their sadness and their struggles in realising their artistic hopes in a commercial world. Poignant, funny, revealing, informative and so often direct and honest, these letters offer a fascinating insight into the personalities that created our Western musical tradition.

Amid a background of wars and revolution, the 19th century produced many of the world’s best-loved composers including Beethoven, Brahms, Chopin and Tchaikovsky. Discover Music of the Romantic Era charts the course of music through these turbu...

Since its origins in the sixteenth century, opera has been an extravagant, costly affair, arousing great passions. It has also produced some of the most sublime works of art, from Monteverdi to Wagner. Following the widely acclaimed History of Class...