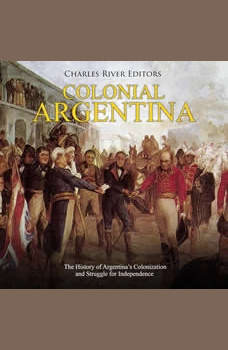 Colonial Argentina: The History of Argentina’s Colonization and Struggle for Independence

Naturally, the arrival in 1492 of Christopher Columbus on the leeward islands of the Bahamas triggered the first of the great permutations that would reshape South America and Mesoamerica forever. Though he was Italian, Columbus sailed as an agent of Spain’s Catholic Monarchs, Ferdinand and Isabella, and “discovered” the New World in the name of the Kingdoms of Aragon and Castile.

By the time Columbus started setting east from the New World, he had explored San Salvador in the Bahamas (which he thought was Japan), Cuba (which he thought was China), and Hispaniola, the source of gold. As the common story goes, Columbus, en route back to Spain from his first journey, called in at Lisbon as a courtesy to brief the Portuguese King John II of his discovery of the New World. King John subsequently protested that according to the 1479 Treaty of Alcacovas, which divided the Atlantic Ocean between Spanish and Portuguese spheres of influence, the newly discovered lands rightly belonged to Portugal. To make clear the point, a Portuguese fleet was authorized and dispatched west from the Tagus to lay claim to the “Indies,” which prompted a flurry of diplomatic activity in the court of Ferdinand and Isabella. At the time, Spain lacked the naval power to prevent Portugal from acting on this threat, and the result was the hugely influential 1494 Treaty of Tordesillas.

The Treaty of Tordesillas was one of the most important documents of its kind of the age, for it established the essential parameters of the two competing empires, the first of the major European imperial entities. The Treaty of Tordesillas drew an imaginary line from pole to pole, running 100 leagues west of the westernmost islands of the Azores. According to the terms of a supporting papal bull, all the lands to the west of that belonged to Spain, and all of those to the east belonged to Portugal. What this meant in practical terms was that Portugal was given Africa and the Indian Ocean while Spain was granted all the lands to the west, including the Americas and the Caribbean, all collectively known as the “Indies,” or the New World.

The Treaty of Tordesillas, however, contained an anomaly. Unknown at the time to its drafters, the treaty’s line cut across the westernmost brow of South America, more or less from the mouth of the Amazon to Porto Alegre, both in modern Brazil, meaning that everything to the east of that legally belonged to Portugal. This fact was only revealed in 1500 thanks to an expedition by the Portuguese mariner Pedro Alvares Cabral. While en route to India, his expedition sailed in a wide arc in the mid-Atlantic searching for the trade winds and unexpectedly landed off the coast of the South American mainland. There was little the Spanish could do about it, and as a consequence, the vast Portuguese colony of Brazil was established in a region nominally claimed by Spain.

Perhaps inevitably, a regional rivalry had developed as the Portuguese began to establish a colony in Brazil and push its boundaries southwards. After the conquest of the Incas in the 1530s, the Portuguese threat prompted the authorization of a second expedition, commanded this time by Pedro de Mendoza with a force of some 1,500 men. The party arrived at the mouth of the Rio de la Plata in 1536, and there Mendoza founded the settlement of Nuestra Senora Santa Maria del Buen Ayre. This was the basis of the future city of Buenos Aires, but its establishment was not without resistance from surrounding tribes, marking the kind of conflicts that would shape the history and independence movements of Argentina over the next 300 years.