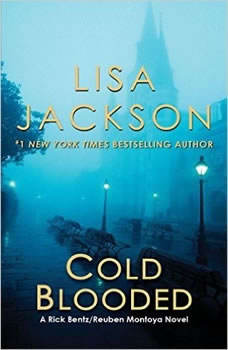 Best-selling author of Hot Blooded, Lisa Jackson reunites detectives Rick Bentz and Reuben Montoya in this gripping psychological thriller. As a serial killer terrorizes New Orleans, the detectives enlist the aid of psychic Olivia Benchet. As the beautiful Olivia paints a vivid portrait of the man they seek, Bentz finds himself thinking of nothing but seducing her. But as the killer claims yet another victim, Bentz realizes that both Olivia and his daughter Kristi are the next targets.

The Night Before
by Lisa Jackson

This steamy thriller is a New York Times, USA Today, and Publishers Weekly best-seller. Caitlyn Montgomery Bandeaux wakes one morning drenched in blood, her head pounding mercilessly. Worst of all, she can’t remember what happened the nigh...