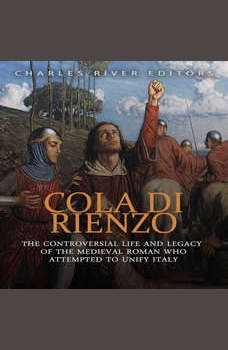 Cola di Rienzo: The Controversial Life and Legacy of the Medieval Roman Who Attempted to Unify Italy

In the wake of the Roman Empire’s collapse, Italy found itself fractured, and nearly 1,000 years after Rome lost its grip in the late 5th century, there were several sovereign regional powers on the peninsula, such as Milan, Venice, Florence, the Papal States, and Naples. Centuries of conflict ensued, precipitating great anxiety among Western thinkers, and Italians responded to the fragmentation of the area in many ways.

While local leaders often maintained rivalries or alliances in an attempt to increase their power, some always held on to the idea of reestablishing the Roman Empire, a concept that had compelled rulers as far back as Byzantine Emperor Justinian the Great to attempt to conquer the entire peninsula. Among the Italians of the Middle Ages, the most famous – and controversial – man who sought to unify Italy was, somewhat fittingly, a Roman.

Cola di Rienzo was a man whose life and actions have reverberated down the centuries, as his charismatic, yet unsuccessful dictatorship has spawned legends and comparisons with movements of later ages. His attempt to bring the greatness of Roman antiquity into the reality of the 14th century, the city’s lowest point, is inspiring on its face. In 1938, Iris Origo saw how Cola was being used by her present era and noted that "within the last century Emperor, Communist and Fascist in turn have paid tribute to Cola di Rienzo as a kindred spirit or precursor. But historical parallels are deceptive. To measure a man of one century against a man of another is to see neither of them in the light of his own time…"