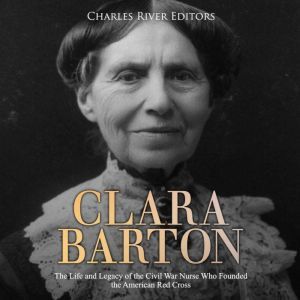 Clara Barton: The Life and Legacy of the Civil War Nurse Who Founded the American Red Cross

The Civil War is often considered one of the first modern wars, and while technology affected what happened on the battlefield, technology and new methods also improved the way soldiers were cared for away from the front lines. Civil War medicine is understandably (and rightly) considered primitive by 21st century standards, but the ways in which injured and sick soldiers were removed behind the lines and nursed were considered state-of-the-art in the 1860s, and nobody was more responsible for that than Clara Barton, the “Florence Nightingale of America.”

Barton had been an educator and clerk before the Civil War broke out in 1861, but almost immediately, she went to work attempting to nurse injured Union soldiers and ensure army hospitals were properly supplied. By 1862, she was shadowing Union armies near Washington to bring supplies, clean field hospitals, and directly nurse wounded soldiers herself. In short order, she was recognized as the “Angel of the Battlefield.”

In the wake of the war, she gave speeches about her experiences and even went abroad to serve in a similar capacity during the Franco-Prussian War, and eventually she brought back the tenets of the International Red Cross to found the American Red Cross. Under her leadership, the organization would assist not just during wars, but also during natural disasters and other humanitarian crises, roles that the American Red Cross continues to fulfill today.