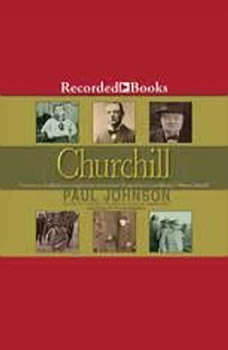 In Churchill, critically acclaimed historian Paul Johnson explores the complex and fascinating character of Winston Churchill—the soldier, orator, and statesman who shined brightest during Britain’s darkest hours. From his forays into the far-flung corners of the empire as cavalry officer and correspondent to his warnings of impending crisis as historian and Parliamentarian, Churchill faced the winds and tides of change with remarkable versatility and tenacity.

This book is like performance art - not meant to be exhaustive, not requiring any original research by Johnson, just giving his unmatched intellect free rein while you sit back and marvel at the originality of his thinking. In fact Johnson is so good that this collection of idiosyncratic sketches of well known historical figures could have been dictated off-the-cuff by Johnson with minimal preparation, much the way another brilliant writer, Winston Churchill, was able to dictate his multi-volume History of the English Speaking Peoples with hardly any more than an outline to guide him. This is just plain fun to listen to and, although you may not learn anything new about the lives of Horatio Nelson or Abraham Lincoln, it is fascinating to learn what about these oft-studied characters is important to Johnson.