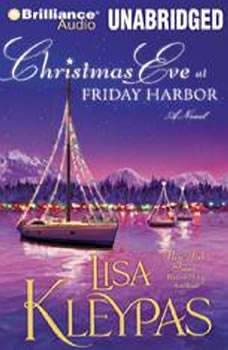 ONE LITTLE GIRL NEEDS A FAMILY One rain-slicked night, six-year-old Holly lost the only parent she knew, her beloved mother, Victoria. And since that night, she has never again spoken a word. ONE SINGLE MAN NEEDS A WIFE The last thing Mark Nolan needs is a six-year-old girl in his life. But he soon realizes that he will do everything he can to make her life whole again. His sister’s will gives him the instructions: There’s no other choice but you. Just start by loving her. The rest will follow. SOMETIMES IT TAKES A LITTLE MAGIC . . . Maggie Collins doesn’t dare believe in love again, after losing her husband of one year. But she does believe in the magic of imagination. As the owner of a toy shop, she lives what she loves. And when she meets Holly Nolan, she sees a little girl in desperate need of a little magic. . . . TO MAKE DREAMS COME TRUE Three lonely people. Three lives at the crossroads. Three people who are about to discover that Christmas is the time of year when anything is possible, and when wishes have a way of finding the path home. . . .