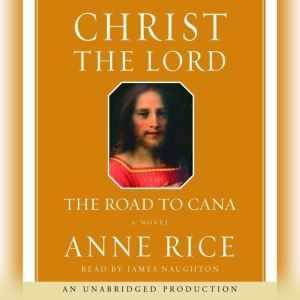 Christ the Lord: The Road to Cana

Having completed the two cycles of legend to which she has devoted her career so far, Anne Rice gives us now her most ambitious and courageous book, a novel about the early years of CHRIST THE LORD, based on the Gospels and on the most respected New Testament scholarship.

The book’s power derives from the passion its author brings to the writing and the way in which she summons up the voice, the presence, the words of Jesus who tells the story.

i wasnt sure what to expect with anne rice being christianish now, but the book was good. it was like reading one of her vampire novels, only instead of drinking blood, the main character can heal or kill things. it is missing the eroticism. but other than that, a usual anne rice book, which means it's of course excellent.