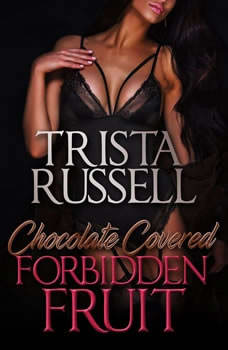 Thalia, a twenty-five-year-old wild girl gone good, moves back to her old neighborhood after a failed engagement and manages to catch the eye of the town's most wanted man-the incredibly sexy, single, devoted, and charismatic Reverend Isaac. Not only is there a large age difference between Thalia and the middle-aged pastor, but he also happens to be the father of Madison, her best friend since junior high school. Madison isn't trying to deal with her father dating anyone after her mother's death. Thalia asks Isaac to keep their relationship a secret, but he's been intrigued by her ever since she was a teenager, and now he wants the world to know. When tragedy strikes, their love is exposed to her family, his colleagues, his congregation, and her best friend. Now it seems like the whole town is in an uproar. The gossiping church mothers in Mount Pleasant aren't the only problem that Thalia and Isaac have, though. A former lover rears his ugly head and forces their relationship to change for the absolute worst. Can this May-December romance survive when it seems fate is just not on their side?

What Kind of Man Would I Be
by Blake Karrington

Trouble in Rio
by M.T. Pope