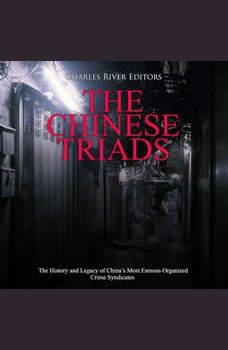 Chinese Triads, The: The History and Legacy of China's Most Famous Organized Crime Syndicates

From running guns to white-collar crimes in cyberspace and illegal seafood, the Triads, the mafia of China, are potent figures in the world of organized crime. Going by enigmatic names like the 14K Triad and the United Bamboo Gang, these criminal groups are enormous, with some organizations boosting memberships ranging in the tens of thousands. A powerful factor in China and throughout Asia, Triads are entrenched in society and the masters of multiple enterprises ranging from extortion, narcotics, prostitution and white collar crime.

Despite their origins in mainland China, the Triads are most powerful in Hong Kong and Taiwan; as an international organization, the Triads have expanded into North America and other Western countries. The various Triad organizations are different but share many similarities, including a hierarchical structure, exclusive membership, common commercial money-making activities, the use of violence as a tool and the codification of rituals for the group. Although the various Triad groups share a common Chinese ethnic origin, these groups are fiercely territorial and do not collaborate together too often.

The modern Triads trace their lineage to a group called the Hung Mun (Heaven and Earth Association). Originating in the Qing Dynasty as a secret society focused on Han solidarity and the restoration of the Ming Dynasty, these groups sought to overthrow the foreign Manchu Qing rulers. The Hung Mun positioned themselves as self-help organizations to disfranchised Chinese workers, providing them money loans and welfare when they were ignored by the government.