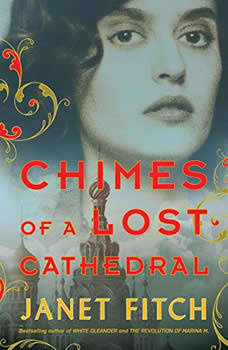 Chimes of a Lost Cathedral

The story of The Revolution of Marina M. continues in bestselling author Janet Fitch's sweeping epic about a young woman's coming into her own against the backdrop of the Russian Revolution.After the events of The Revolution of Marina M., the young Marina Makarova finds herself on her own amid the devastation of the Russian Civil War---pregnant and adrift in the Russian countryside, forced onto her own resourcefulness to find a place to wait out the birth of her child. She finds new strength and self-reliance to fortify her in her sojourn, and to prepare her for the hardships and dilemmas still to come.When she finally returns to Petrograd, the city almost unrecognizable after two years of revolution, the haunted, half-emptied, starving Capital of Once Had Been, she finds the streets teeming with homeless children, victims of war. Now fully a woman, she takes on the challenge of caring for these civil war orphans, until they become the tool of tragedy from an unexpected direction. But despite the ordeal of war and revolution, betrayal and privation and unimaginable loss, Marina at last emerges as the poet she was always meant to be. Chimes of a Lost Cathedral finishes the epic story of Marina's journey through some of the most dramatic events of the last century---as a woman and an artist, entering her full power, passion, and creativity just as her revolution reveals its true direction for the future.