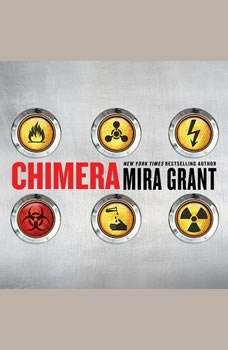 The final book in Mira Grant's terrifying Parasitology trilogy. The outbreak has spread, tearing apart the foundations of society, as implanted tapeworms have turned their human hosts into a seemingly mindless mob. Sal and her family are trapped between bad and worse, and must find a way to compromise between the two sides of their nature before the battle becomes large enough to destroy humanity, and everything that humanity has built...including the chimera. The broken doors are closing. Can Sal make it home?ParasitologyParasiteSymbiont ChimeraFor more from Mira Grant, check out:Newsflesh FeedDeadlineBlackoutNewsflesh Short Fiction Apocalypse Scenario #683: The BoxCountdownSan Diego 2014: The Last Stand of the California BrowncoatsHow Green This Land, How Blue This SeaThe Day the Dead Came to Show and TellPlease Do Not Taunt the Octopus