Dark myths, medieval secrets, intrigue, and romance populate the pages of this first in a four-book teen series from the #1 bestselling author of The Other Boleyn Girl.The year is 1453 and all signs point to it being the end of the world. Accused of heresy and expelled from his monastery, handsome seventeen-year-old Luca Vero is recruited by a mysterious stranger to record the end of times across Europe. Commanded by sealed orders, Luca is sent to map the fears of Christendom and travel to the very frontier of good and evil.Seventeen-year-old Isolde, a Lady Abbess, is trapped in a nunnery to prevent her from claiming her rich inheritance. As the nuns in her care are driven mad by strange visions, walking in their sleep, and showing bleeding wounds, Luca is sent to investigate and driven to accuse her.Forced to face the greatest fears of the dark ages—witchcraft, werewolves, madness—Luca and Isolde embark on a search for truth, their own destinies, and even love as they take the unknown ways to the real historical figure who defends the boundaries of Christendom and holds the secrets of the Order of Darkness. 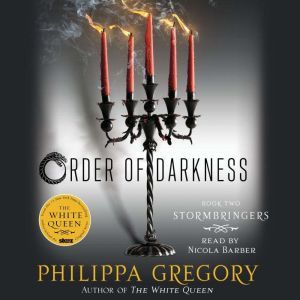 Philippa Gregory is one of the best writers of historical fiction based on real historical figures. CHANGELING is a departure from that genre in that instead of basing the story on a particular historical person she concentrated on a particular time and created characters who represent people who lived in the medieval world. The story surrounds five characters....Luca, a poor boy sent to a monastery as a child and was trained as an Inquiror on matters of the Church. Isolde, a lady who was sent to the abbey because she refused to marry, Brother Peter, also a poor boy sent to the monastery who became a clerk, Ishraq, a heretic raised as a sister to Isolde and acting as her companion and Frieze, Lucas ***istant acting as manservant. The book was marketed as a Young Adult fantasy novel but I think the only thing that makes this a YA novel is the characters are all younger people. I suppose for some younger readers the story would be a fantasy because to them the medieval world would seem a fantasy with superstition acting as fact to explain everyday life occurrences, women are treated like property and under the command of their father, husband or other male relatives, and the Church ruled almost everyone. This book is the first in a series. A bit of advice is if you are not familiar with the medieval world and how things were during that time, read the authors note at the back of the book first. It might help you appreciate the story better and you wont cringe when reading about some of the things said about women because these were prominent ideas at the time and sadly still are with us today in some circles The book was well researched which I expect from the author and her characters seemed realistic based on the research. I am looking forward to the next book in the series and I hope Simon & Schuster will not tout it as a YA book because it can appeal to history buffs or fans of Ms Gregory who might want a change of scene from the royal personages in England and Europe.