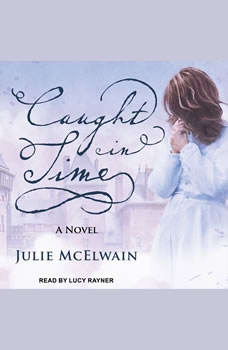 Caught in Time: A Novel

Still stranded in 1815, FBI agent Kendra Donovan finds herself on the trail of a vicious murderer with a shocking secret. October 1815: There is only one place Kendra Donovan wants to travel—back to her own time period in the twenty-first century. But since that's not happening, she agrees instead to travel with her new guardian, the Duke of Aldridge, to one of his smaller estates in Lancashire. Their journey takes them through Yorkshire, a region whose breathtaking beauty masks a simmering violence brought on by the Industrial Revolution, which pits mill owner against worker. When Kendra and the Duke encounter a band of Luddites on a lonely, fog-shrouded road, the Duke informs the authorities in the nearby village of East Dingleford that mischief may have been done at the local mill. However, it isn't just mischief but murder that is discovered, when the body of the mill manager, Mr. Stone, is found brutally bludgeoned to death in his office.