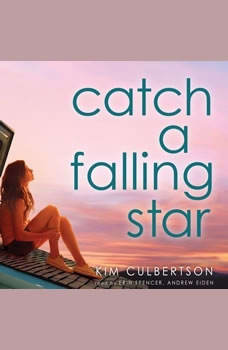 A deliciously charming novel about finding true love...and yourself. Nothing ever happens in Little, California. Which is just the way seventeen-year-old Carter Moon likes it. But when Hollywood arrives to film a movie starring former child star-turned public relations mess Adam Jakes, everything changes. Utterly annoyed, Carter feels like the only girl not buying what Hollywood's selling. Then Carter gets an offer she can't refuse: play the part of Adam's girlfriend while he's in Little, to improve his public image, and take home a hefty paycheck, which her family desperately needs. So instead of a summer hanging out with friends and working, Carter begrudgingly poses for the tabloids but soon finds that Adam isn't who she thought. Worse yet, she might actually be falling for him. As they grow closer, their relationship walks a blurry line between what's real and what's fake, and Carter must open her eyes to the scariest of unexplored worlds--her future. Can Carter figure out what she wants out of life AND get the boy? Or are there no Hollywood endings in real life?