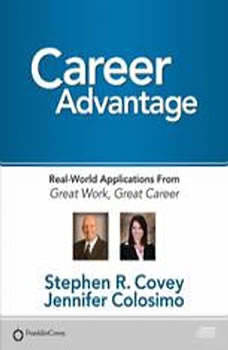 The New York Times bestselling author and coauthor of Great Work, Great Career share the secrets to getting and keeping the job you want. This three set audio program teaches you how to create your ultimate job and make an extraordinary contribution includes the following:• In this 30-minute audio, you’ll learn the importance of becoming a solution, not a problem to an organization. Discover how to start making the contribution you’d like to make by focusing on your talents, passion, and conscience. This audio also provides tips on and how to network in a way that leads to success in both becoming more employable, and in advancing your career.• Learn elements to help you create an effective resume. This audio covers five main elements: resume Do’s, including the top requirements for a great resume; how to write a highly targeted resume and then get it in the hands of a person who can make a decision; and finally, cover letters. By the end of the audio, you’ll have a good draft of your resume and all the information you need.• Learn the main elements to help you with your interview skills. Discover how to bypass the application runaround and get an interview with the right person. Learn ideas for a successful job interview. Practice giving quality answers to interview questions and examine different types of interviews and how to best prepare. Finally, learn how to effectively follow up.