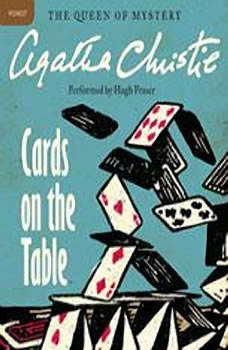 Cards on the Table: A Hercule Poirot Mystery

In Agatha Christie’s classic mystery, Cards on the Table, the wily Hercule Poirot is on the case when a bridge night turns deadlyMr. Shaitana is famous as a flamboyant party host. Nevertheless, he is a man of whom everybody is a little afraid. So when he boasts to Hercule Poirot that he considers murder an art form, the detective has some reservations about accepting a party invitation to view Shaitana’s “private collection.”Indeed, what begins as an absorbing evening of bridge is to turn into a more dangerous game altogether.…