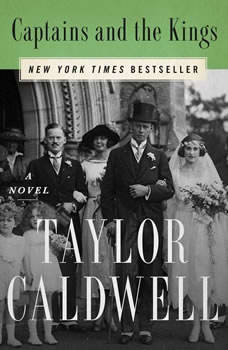 Captains and the Kings: The Story of an American Dynasty

Joseph Armagh was 13 when he first saw America through a dirty porthole on the steerage deck of The Irish Queen. It was the early 1850's and he was a penniless orphan cast on a hostile shore to make a home for himself and his younger brother and infant sister. Some seventy years later, from his deathbed, Joseph Armagh last glimpsed his adopted land from the gleaming windows of a palatial estate. A multi-millionaire, one of the most powerful and feared men, Joseph Armagh had indeed found a home. Captains and the Kings is the story of the price that was paid for it in the consuming, single-minded determination of a man clawing his way to the top.