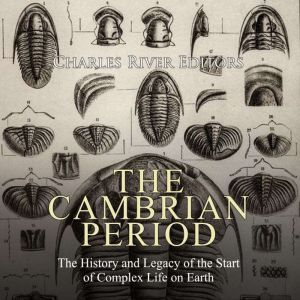 Cambrian Period, The: The History and Legacy of the Start of Complex Life on Earth

As Earth entered the Cambrian Period, there was a relatively sudden increase in life form diversity throughout the oceans. Completely new forms of life, more complex and more diverse than anything that had been seen before, began to spread. This acceleration in the evolution of new forms of life was so dramatic that this has come to be known as the “Cambrian explosion.”

Although new species in the Cambrian explosion developed almost entirely in the oceans, the land was not entirely devoid of life. Though there were no plants or animals, mats of cyanobacteria and other types of microbes covered large terrestrial areas. Scientists have discovered the tracks of a creature that were left in mud that existed 551 Mya, and those tracks were left by leg-like appendages. Was this a fish-like creature that temporarily invaded the land, or was it something completely different than anything that exists today? There is no general consensus, but the Cambrian Period left a rich fossil record that provides a clear idea of the development of life during this time. At the same time, new discoveries are continually being made, and the more scientists discover about this mysterious period, the more their understanding of ancient Earth changes.

The Cambrian Period: The History and Legacy of the Start of Complex Life on Earth looks at the development of the era, the extinction event that preceded it, and how life began to evolve during it.