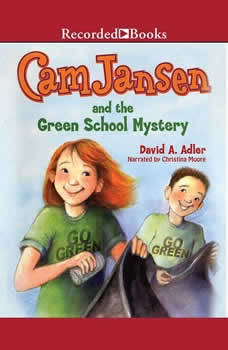 The best-selling author of more than 200 children's books, David A. Adler has enthralled kids with the memory-clicking antics of girl detective Cam Jansen. Cam can hardly wait for her school's Green Day assembly. That's when she and her fellow students will learn how many dollars they have harvested in their recycling campaign. But when all their hard-earned money disappears without a trace, Cam determines to use her photographic memory to solve this baffling mystery. Young listeners will also enjoy Cam Jansen and the Secret Service Mystery.