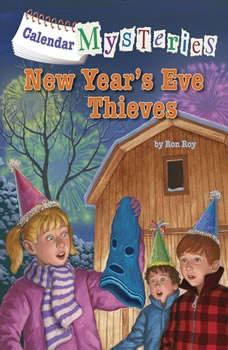 It’s a mystery every month from A to Z Mysteries author Ron Roy!

Who knew there were thirteen months in a year? It’s an extra thirteenth book of the Calendar Mysteries! Bradley, Brian, Nate, and Lucy are looking forward to a New Year’s Eve party. But someone is leaving clues that there might be more to this celebration than confetti and noisemakers. The year ends with a surprise in this exciting conclusion to the Calendar Mysteries series.