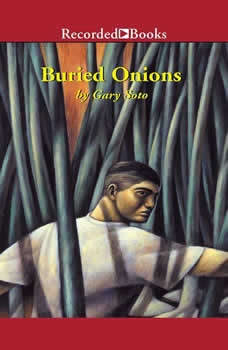 You can pray and sometimes God listens, says 19-year-old Eddie. "Other times he's far away in India or Africa or maybe close to home in Fresno, his body sprawled on the floor, glass all around because of a drive-by." All Eddie wants is to find a way out of the dangerous life he's living, where his friends are lost in a world of drugs and violence. Even his aunt wants to give him a gun so he can avenge the death of her son. But no matter how hard he works, Eddie can't seem to pull himself away from the sweltering sadness of the city. It's as if giant onions had been buried beneath him, Eddie thinks, releasing shimmering vapors off the black asphalt all around. Gary Soto, the award-winning author of Jesse, presents a tough, relentless look at a life spiraling out of control. Narrator Robert Ramirez voices all the grim failure of the American dream.