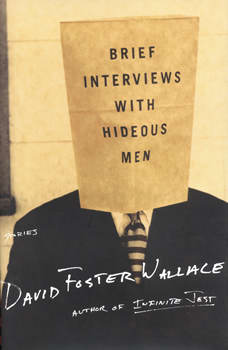 David Foster Wallace made an art of taking readers into places no other writer even gets near. In his exuberantly acclaimed collection, BRIEF INTERVIEWS WITH HIDEOUS MEN, he combined hilarity and an escalating disquiet in stories that astonish, entertain, and expand our ideas of the pleasures that fiction can afford.