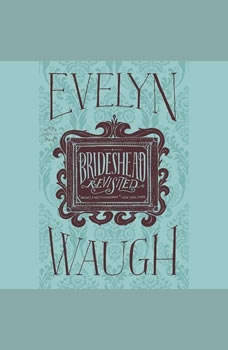 The wellsprings of desire and the impediments to love come brilliantly into focus in Evelyn Waugh's masterpiece-a novel that immerses us in the glittering and seductive world of English aristocracy in the waning days of the empire. Through the story of Charles Ryder's entanglement with the Flytes, a great Catholic family, Evelyn Waugh charts the passing of the privileged world he knew in his own youth and vividly recalls the sensuous pleasures denied him by wartime austerities. At once romantic, sensuous, comic, and somber, Brideshead Revisited transcends Waugh's early satiric explorations and reveals him to be an elegiac, lyrical novelist of the utmost feeling and lucidity.

Agnes Grey is Anne Bronts first novel, centering around a rectors daughter working as a governess. Drawing directly from her own experiences, Anne Bront set out to describe the immense pressures that the governesss life entailedfrustration, isolatio...