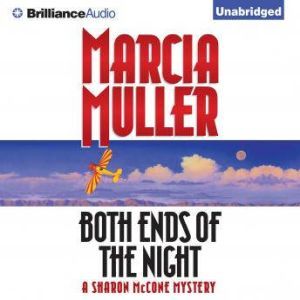 Both Ends of the Night

A full-fledged pilot for several years, Sharon McCone is due for the biannual flight review required by the FAA. Her former flight instructor, Matty Wildress, invites her to fly up to the small Sonoma County town of Los Alegres for the evaluation. The test isn't due for several months, however, and McCone suspects Matty has more than safe flying on her mind. She's right. Matty's live-in lover, John Seabrook, has been gone for a week, abandoning his small son Zach. In a desperate letter John entrusts the boy to her care, urging them to go into hiding immediately. But Matty is a professional and determined to perform in the last aerobatic air show of the year. Despite the extra security, something goes horribly wrong - and Matty's plane crashes before a stunned crowd of spectators. McCone knows it's no accident and vows to find John for Zach's sake. Suddenly, an ordinary missing person case becomes a personal vendetta. Together with her lover, Hy Ripinsky, McCone bypasses the authorities to hunt down the man responsible for Matty's death. Her search will take her across the country as she uncovers the startling details of John Seabrook's past - killings, flight, and assumed identities. From San Francisco to Florida to Arkansas to northern Minnesota, she'll unravel an insidious web of corruption between a major corporation and high government, where power and profit are supreme...and murder is a tool of the trade. And somewhere in the midst of it all, she'll confront a killer with a heart as cold and dark as the northern night. 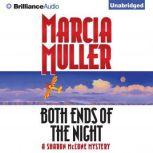 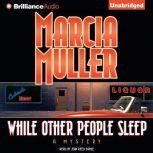 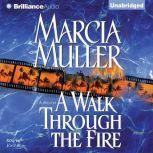 Both Ends of the Night
Sharon McCone Series #18

A Walk Through the Fire
Sharon McCone Series #20