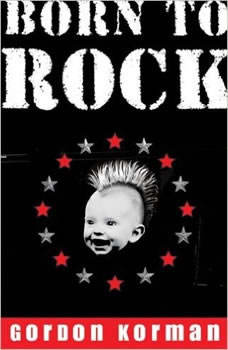 Leo Caraway - president of the Young Republicans club, 4.0 GPA, future Harvard student - had his entire future perfectly planned out. That was, until the X factor. As in Marion X. McMurphy, aka King Maggot, the lead singer of Purge, the most popular, most destructive band punk rock has ever seen. As in Leo’s biological father. At first, Leo is horrified to find out his real father is punk rock’s most notorious bad boy. Not only is he not a punk rock fan, but he believes the X factor (the Maggot blood in his veins) is a dangerous time bomb just waiting to explode. And sure enough it does - when Leo stubbornly defends the unlikeliest of people, thereby getting himself falsely accused of cheating on a test. Because of the blemish on his record, the once-star pupil finds his scholarship to Harvard taken away. So he accepts a job as a roadie with Purge’s summer revival tour, all the while secretly hoping to convince King Maggot to pay his tuition. But life on the road is even crazier than Leo bargained for, and before the summer is over, he will finally discover the surprising truth about his dad, his friends, and most important, himself.

Glee: The Beginning
by Sophia Lowell