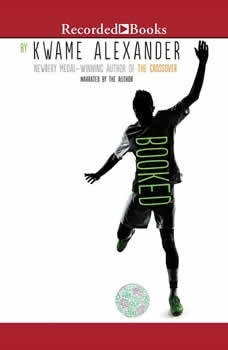 In this middle grade novel-in-verse by the Newbery Medal-winning and Coretta Scott King Honor Award-winning author of "The Crossover," soccer, family, love, and friendship take center stage as twelve-year-old Nick learns the power of words as he wrestles with problems at home, stands up to a bully, and tries to impress the girl of his dreams.