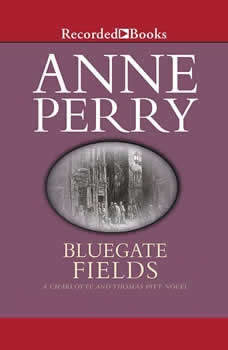 When the body of a boy is found in the filthy sewers of Bluegate Fields, Inspector Pitt is called to investigate. The boy was clearly upper class, so what was he doing in one of London's most dangerous slums? The boy's parents refuse to answer police queries. What are these proper, prosperous people hiding? With the help of his wife and helpmate, Charlotte, Inspector Pitt intends to find out.