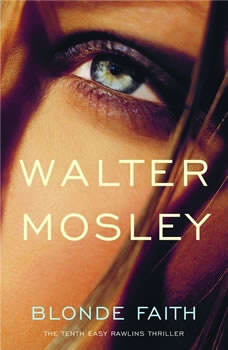 Easy Rawlins, L.A.'s most reluctant detective, comes home one day to find Easter, the daughter of his friend, Christmas Black left on his doorstep. Easy knows that this could only mean that the ex-marine Black is probably dead, or will be soon.Easter's appearance is only the beginning, as Easy is immersed in a sea of problems. The love of his life is marrying another man and his friend Mouse is wanted for the murder of a father of 12. As he's searching for a clue to Christmas Black's whereabouts, two suspicious MPs hire him to find his friend Black on behalf of the U.S. Army. Easy's investigation brings him to a blonde woman, Faith Laneer, whose past is as dark as her beauty is bright. As Easy begins to put the pieces together, he realizes that Black's dissappearance has its roots in Vietnam, and that Faith might be in a world of danger.

Murder. Scandal. Politics. And one billionaire heiress so dangerous in so many ways. An explosive Lucas Davenport thriller from #1 New York Times bestselling author John Sandford. All hell has broken loose in the capital. An influential state senat...

Sixkill
by Robert B. Parker

The last Spenser novel completed by Robert B. Parker.On location in Boston, bad-boy actor Jumbo Nelson is accused of the rape and murder of a young woman. From the start the case seems fishy, so the Boston PD calls on Spenser to investigate. Things ...